In Minecraft’s long history, many content creators uploaded their gameplay to YouTube and created a let’s play series. Like many other games, Minecraft also has hundreds of YouTubers creating lets play series.

Let’s play series are among the most popular Minecraft content on YouTube. It is one of the best ways for beginners to learn about Minecraft. But they may get confused over which series to watch as there are so many. This article lists five of the best let’s play series.

Watching other people play video games badly may not seem entertaining. Still, lets play videos draw millions of viewers every single day. Lets plays are more like a freeform comedy than they are strict gameplay videos. Most viewers care less about what game is being played than they care whose playing it.

See Also: How To Win Free Money on Match To Win App

PewDiePie is the most popular gamer on YouTube with nearly 100 million subscribers, but at a glance, its hard to describe what his channel is. He rarely repeats games, and many videos hardly involve gameplay footage at all. His personality is what made his channel grow and is what keeps dedicated fans coming back to his videos.

Twitch streaming has added a new level to this, as streamers can broadcast themselves playing a game while fans actively watch and comment along. With this in mind, its no wonder that lets plays are some of the most-watched gaming content out there.

Tropes Found In X’s Adventure In Minecraft Include:

Read Also: How To Make A Chisel In Minecraft

What Is A Lets Play

While some people play video games competitively, lets play creators are usually much more casual gamers. The point of a lets play is not to demonstrate skill, but rather to simply have fun playing. Often the commentary is as important as the game footage itself. Lets play creators usually attempt to be funny or insightful to help draw people to their videos.

While games like League of Legends dominate competitions, simpler games like Minecraft are popular for lets plays. In fact, there are currently more than 1.2 million Minecraft lets play videos on YouTube, twice as many as the next most popular game. Grand Theft Auto and Fortnite are the distant second and third most played games respectively, but lets play videos for both usually highlight the fun aspect over the competitive side.

Some of the best examples, fittingly, come from the LetsPlay channel on YouTube. The channel, owned by entertainment company Rooster Teeth, features a collection of popular YouTube gamers and its videos could best be described as comedy through gaming.

The second most-watched video from the channel is a three-hour-long Uno lets play, where four personalities struggled for hours to get through one round of the classic card game. Watching three hours of Uno isnt entertaining, so this is a great example of how commenters carry a lets play.

How To Do A Minecraft Lets Play Series 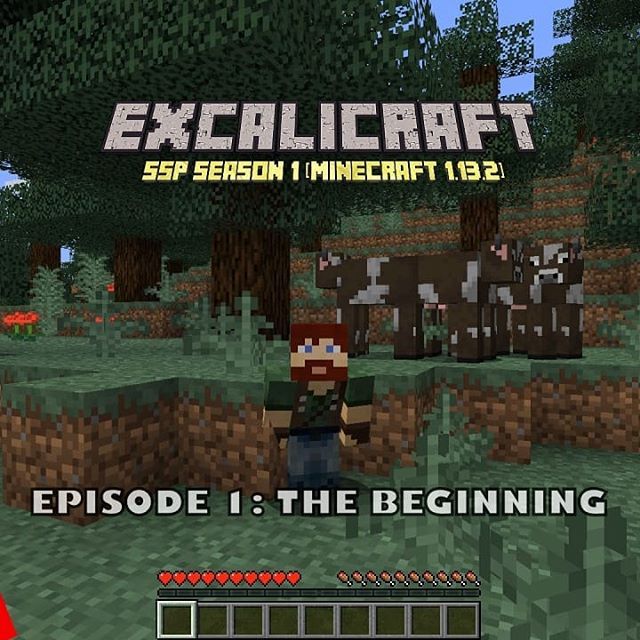 wikiHow is a wiki, similar to Wikipedia, which means that many of our articles are co-written by multiple authors. To create this article, 18 people, some anonymous, worked to edit and improve it over time. This article has been viewed 17,332 times.

This article is on how to create a successful Minecraft video series.

Read Also: How To Play The New Minecraft Snapshot

How To Make A Minecraft Lets Play

How To Transport Villagers In Minecraft

What Do Spiders Eat In Minecraft

How To Make Black Glass In Minecraft